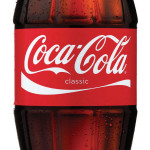 BP is following the news around town and what we see is indeed shocking:

Have you ever shopped at Esso on the Run on East Bay Street. Well if you do you will find out that pricing at the establishment gotten out-of-hand. Where in the world does a 20 oz bottle of Coke soda could be sold for $1.65? This was our experience yesterday when we made a stop at the popular store.

“One DOLLAR AND SIXTY-FIVE CENTS?” we asked the cashier. You could not believe but a bottle of small water is; almost equally expensive, ABOVE ONE DOLLAR!

This means if you sent your child there to pickup a bottle of coke for lunch with $1, they cannot buy it. We wonder if there exist a thing call PRICE CONTROL anymore? We gat it bad!

This is the new superhighway now under construction. The road is to take residents into the new Baha Mar development.

We live in the year 2011, and would you believe it if we tell you, the designers of the new roadway are laying pipes right under the main road? This means come 20 years down the road we must dig the road right back up again. Boy, we need change! Bad!

Bay Street fix-up in a ‘jiffy’

Take a good look at this photo below. Hubert Ingraham went to Parliament and advised the country how roadworks will begin on Bay Street to complete the necessary upgrades to the city.

Within days crews worked only in the nights so there be no traffic hindrances. Within days, and we mean days, especially after the mobilization money was paid, this section of Bay was dug up, and paved.

How is it Bay Street could have had such swift attention and businesses on Blue Hill Road [North and South], Prince Charles, Robinson Road, and East Street are left abandon? That’s what ‘ya’ call ‘Leadership ya can’t TRUST’!

BP was on the ground at the Long Island Regatta in beautiful Salt Pond sitting on the rock eating fresh Mutton with Crab-N-Rice, and boy we had fun!

Things got interesting on the island as we ate that HOT HOT steamed mutton and crab and rice. [Worth repeating]…

As we sipped on a cold glass of coconut water – UNLEADED – we witnessed how all the political parties present. MP for the area, Larry Cartwright, has been at the Regatta site everyday shaking hands and talking to his folks, who are angry as hell over being treated as the step child.

“We have always supported the FNM and we tired of the way they are treating us. For God’s sake it is 2011 and we don’t having running water! God help us if it don’t rain, then we have to buy water to bathe our skin and flush our toilets. Why have we been neglected for being so loyal?” a Long Islander told us.

“The boys who built the dock ain’t get paid yet and our MP is a Cabinet Minister? At least Christie who gave them all the contracts for the roads and paving, paid them! We owe the PLP a payback!

Papa was on the island also we are told, with many dissing the FNM leader. Long Islanders said they are mad as hell with with him too, because of the bad treatment of Islanders.

The farmer from Deadman’s Cay told us, “PLP got a good man in Alex Storr, but we are taking a second look at him.

Long Islanders do remember the days of the PLP when they were the scorched of the earth. But today, The FNM, with an FNM MP from Long Island sitting inside the Cabinet, have yet to come to the island’s rescue.

News have it a YOUNG FNM by the name of, Brad McPhee, wants the seat, but with the bloodbath now unfolding in the FNM, a DNA CANDIDATE could topple the apple cart.

“The FNM is in our DNA! So don’t be surprised when you hear we gone PLP.” BP is in shock, not Long Island!! Who ‘ga’ be the new Opposition? Man…this steam mutton taste good though!

People are Killing up each other all over Nassau…BP CRIME NEWS..Murder #244 now recorded.

POLICE AT ELEUTHERA DISCOVER AMMUNITION
Increased police presence and vigilance at the Deep Creek Homecoming Festival resulted in officers discovering a quantity of ammunition. Preliminary reports indicate that sometime around 10:30 pm on Friday 3rd June, 2011 police performing duties in the parking lot at the Deep Creek Homecoming Festival observed a male wearing a tam and all black clothing, acting suspiciously. It is reported that as the officers approached the man, the suspect dropped an object and fled the area into nearby bushes where he made his escape. Officers conducted a search of the area where the suspect was seen to have dropped the object and recovered a bag containing a quantity of ammunition. Active police investigations continue.

Police are requesting the public’s assistance in locating the person/s responsible for the country’s latest Murders. The first incident reportedly occurred sometime around 8:15 pm on Saturday 04th June, 2011 through a track road off Cowpen Road. Preliminary reports indicate that the deceased was along with a group of men at a scrap metal site, in the Cowpen Road area, when he got into an altercation with one of the men and was subsequently shot to the head. EMS personnel responded and pronounced the victim dead.

The second incident reportedly occurred sometime around 8:30 pm on Saturday 4th June, 2011 at Deveaux Street off East Street. Police reports indicate that the victim was at Deveaux Street visiting a friend, when he was approached by a male wearing a hooded jacket and armed with a handgun. It is reported that the suspect fired a gunshot at the victim which resulted in the victim receiving gunshot injury to the head. The 42 year old male, believed to be resident of Tall Pines Estates, was taken to hospital where he was pronounced dead. At present a motive for the shooting is unknown. Active police investigations continue.