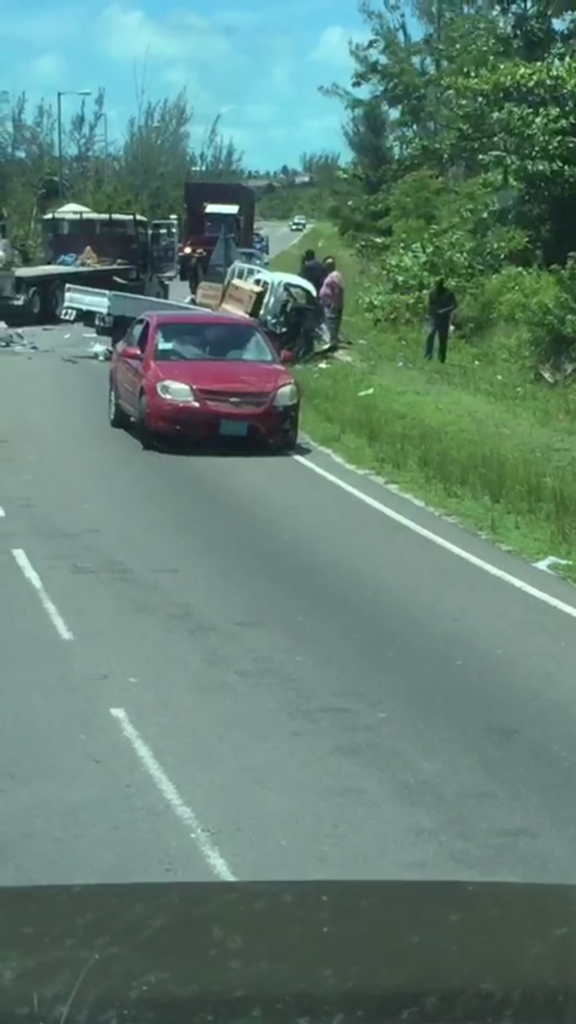 Police from the Traffic Division are investigating a traffic accident that has left a man dead and another detained in hospital on Tuesday.

According to reports, shortly after 12:00noon, a traffic collision occurred on New Providence Highway, South of Saunders Beach, involving a white Kia vehicle driven by a male driver accompanied a male passenger, and a 2001 Freight Liner flatbed truck driven by a male.