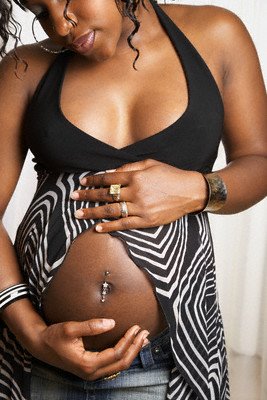 Nassau, Bahamas — We are numb, overwhelmed with grief and anger tonight as more blood is running down the streets of the capital, where a third woman in six days becomes the slaughtered by the hands of the Rwandan Style Killers now rumoring the streets in the country.

We can confirm another woman, nine months with child in her late 20s, was shot dead last night in the area of Prince Charles Drive and Sea Breeze Lane.

As BP combed the crime scene we can tell you, something is terribly wrong with the story of woman’s partner.

The man reporting the information to the police is an UNDOCUMENTED Jamaican national, who is said to have relations with the deceased. He contends the woman was shot by men in a drive by, but is this true? Evidence supporting the report does not add up and investigators have little to go on, and here’s what we know.

From our initial reports, the undocumented male friend is a security officer at the site where the incident occurred. We can also tell you; from information passed on to authorities, the woman’s 14 year-old son was in a car nearby eating food in a vehicle. He has left the scene and is said to have fled the crime scene. Nothing is adding up to the story being presented.

From our EMS report the victim sustained gunshots to the face and neck and died instantly. The man who will be held for questioning tonight in this latest crime has no known address and the name given to police is still not confirmed to be true and correct. He has no id confirming who he is, or where in the country he resides. WHAT THE HELL IS THIS? No address, no name and you at a crime scene? NOW WAIT! We could smell the dry conch of Potter’s Cay all over this one.

Posted on the facebook page of political activist, Rodney Moncur, where the story was first reported, Christine Fields wrote, “My God not another woman with child killed, what is going on! Curfew and Martial law is needed in this lawless land of ours. Why should the people of the Bahamas have to live in fear for their lives. Bring in whatever it takes to stop this foolishness.”

Just last month, in the bloodiest month for the year, two pregnant women were executed in a home just off Carmichael Road. The murder was a revenge killing on the family of a man who was arraigned for a murder nearby a Haitian village only weeks earlier.

And while women are being axed, diced, maimed and shot dead all over the country in an explosion of criminal activity, we can confirm the courts are set to release some 11 persons convicted of murder back into the society.

Both Hubert Ingraham and Tommy Turnquest suggest persons murdered are all criminals and are known to each other. The pair seems paralyzed to get a grip on the crime problem where almost 400 persons have been massacred by the hand of some killer under their watch.

The murder count in the capital has climbed by two [94] in what will likely reach triple digits for the first time in the country’s history by the end of the year.