Are DNA supporters headed back to the FNM?

Nassau, Bahamas — Bahamas Press has learnt developments inside the Democratic National Alliance could send shockwaves across the country.

BP has learnt two more candidates could drop out of the race before the general elections are called.

We can also report the Party, now headed by embattled Bamboo Town incumbent, Branville McCartney, could throw in the towel following money issues.

We can report following major expenses after the organization’s Candidate’s Launch, along with a few financiers who have suspended their funding the party to return to the FNM, some tell us McCartney has become discouraged. 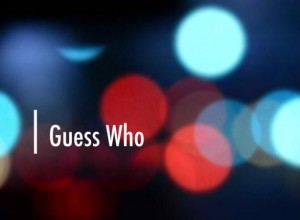 We are told with candidates threatening to drop out and others laden with baggage like a camel carrying sackcloth, a MAJOR announcement could come from the third party.

Two weeks ago Party officials suspended radio interviews and of late also refused to send press releases to the media.

For example, the DNA leader Branville McCartney had nothing to say following Ingraham’s attack on the CHURCH and a Bishop of the Anglican faith. McCartney and the Christian Council must agree with Papa who is now refusing to call a general election like a tyrant and dictator!

BP is monitoring these thing and we are watching the developments closely.

Meanwhile, BP some weeks ago asked the DNA when it would explain why a candidate running in eastern New Providence was fired from Commonwealth Bank’s headquarters in Nassau.

If yinner better come clean to the Bahamian people before we at BP expose the issue and embarrass the candidate.

Once again we are asking the DNA – to explain why a candidate running in eastern New Providence was fired from Commonwealth Bank’s headquarters in Nassau.

Stay tuned – sounds like another smoking gun for the Sunday Special coming.