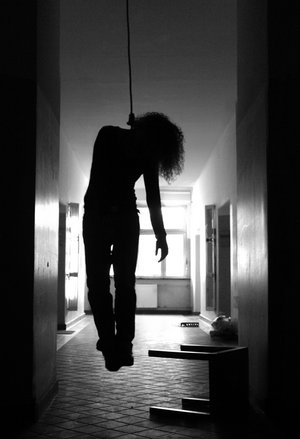 Nassau, Bahamas — Breaking News <<< Information reaching our news desk just minutes ago confirms a young man has committed suicide in the Rock Crusher section of Chippingham. BP is now on the scene of the country’s first suicide as the misery index climb across the country.

The aunt of the victim witnessed the young man leaped to his death and his lifeless body swung in the kitchen.

Sources close to the family tell us, the young boy was distressed over his inability to find a job and decided to stop his world and get off.

Today’s development is a fact that people are suffering miserably under the weight of the bad economy. Lights are off, water is off, the rent is due and thousands upon thousands of homeowners across the country are facing foreclosures. Taxes are at its highest in the Bahamas ever, where the cost of living has skyrocketed! Joblessness has ran in the double digits and things are bad.

The incident happened shortly after 10:15am this morning. Police have just arrived to the scene.