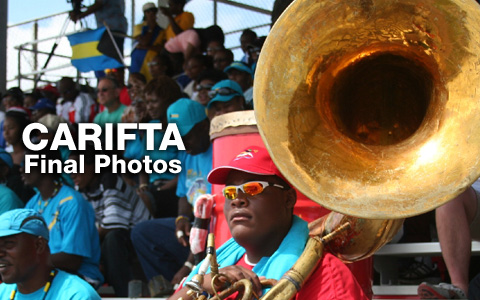 Jamaica – After months of uncertainty, it appears that The Bahamas will in fact be stepping in to save this year’s Carifta Games with an announcement expected to be made by North America, Central America and Caribbean Athletics Association President Neville ‘Teddy’ McCook as early as next week.

The Games – the region’s premier junior athletics meet – is scheduled for April 23- 25 and were originally expected to be hosted by St Kitts and Nevis. However, the eastern Caribbean state withdrew due to a lack of commitment from its government to meet the financial obligations, which can run up to US$500,000.

McCook had since suggested that Jamaica would take up the mantle but the Jamaica Amateur Athletic Association could not commit to the meet due to its proximity to the annual JN International Invitational meet, which is slated to run off two weeks later.

However, it appears that there are only a few formalities left to be closed before The Bahamas, which has hosted the meet on six previous occasions, is officially announced as the 2011 host.

McCook confirmed the dev-elopments and added that he will be holding talks with Bahamas Association of Athletics Associations president Michael Sands, who just returned from vacation yesterday.

“The president had some issues that were of concern to him, that gap has been closed and we will certainly pass this on to him and perhaps we will have an announce-ment early next week,” said McCook. “The issues that he wants to be dealt with have been addressed but we have to wait and see. As we speak, I think that it will be The Bahamas, they were quite prepared to host it and we already had discussions with the Ministry of Tourism and Ministry of Sports and they were quite prepared.”