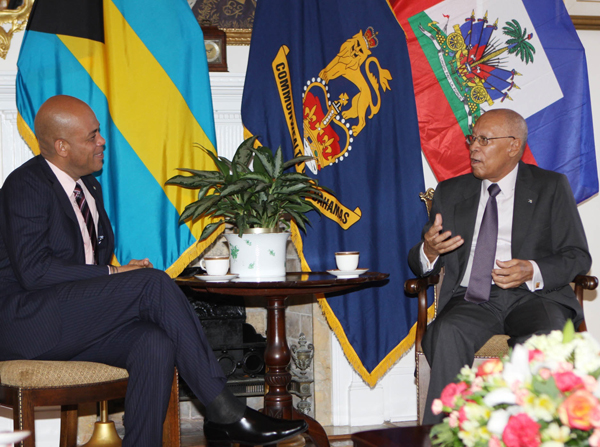 His Excellency Michel Joseph Martelly, President of the Republic of Haiti (left) talks about the relationship between the Republic of Haiti and The Commonwealth of The Bahamas with His Excellency the Governor-General Sir Arthur Foulkes during a courtesy call at Government House, February 8. President Martelly paid an official two-day visit to The Bahamas, meeting with Prime Minister the Rt. Hon. Hubert Ingraham, other senior government ministers and officials.  (BIS Photo/Patrick Hanna)