Auditor’s Practices are NOT STANDARD! He never interviewed the Co-Chairs and has yet to finalize comments from technical officers in government agencies… 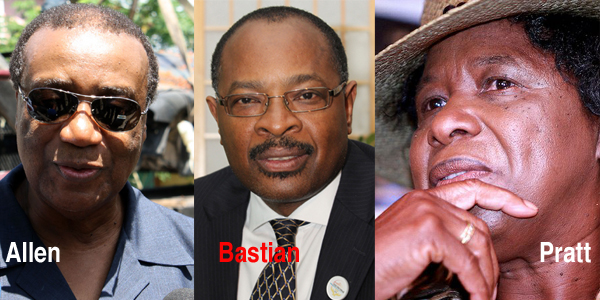 To have his report released to the newspapers, is, in my view, a significant breach of his fiduciary responsibility to the people of the Commonwealth of the Bahamas and a blatant disregard for our constitutional process!

On Tuesday, both morning local dailies blazed headlines about the Auditor General’s report on The Urban Renewal Commission Small Homes Repairs Program and how there was no accountability, transparency and contractors being given no bid contracts and having no contractors risk insurance, etc. One could have easily concluded that we had a major scandal on our hands. In fact, it was almost like both newspapers had collaborated on their headlines. I don’t think they did.

After reading the news reports, I wanted to immediately respond to same but I thought it appropriate to hear the other side’s response. I was not disappointed to say the least.

Firstly, it is my understanding that constitutionally, the Auditor General’s Reports must be submitted to the Speaker of the House of Assembly for debate and consideration by the Parliament. To have his report released to the newspapers, is, in my view, a significant breach of his fiduciary responsibility to the people of the Commonwealth of the Bahamas and a blatant disregard for our constitutional process. When you whittle it down to it’s lowest common denominator, we the people of this wonderful country, are his clients and he violated the trust and confidence we had reposed in him. Before him, Roger I. Forbes never did it, Franklyn Kemp never did it, Richard C. Demeritte never did it, Shirley J. Wright never did it, nor did Kenneth Harrison Albury. These are all esteemed persons who served as Auditor General in a post-independent Bahamas.

Generally accepted auditing standards require that among the first things the auditor does as he seeks to evaluate the entity’s system of internal controls, is to determine the procedures and policies employed in generating transactions(receipts/receivable, disbursements/payable,etc.). You cannot do this without talking, in the first instance, to those responsible for creating and carrying out these policies and procedures. This is fundamental to all audits. It is only after you would have done this, that you now can conduct tests to determine the effectiveness of these policies and procedures. Did the Auditor General speak to the policymakers?

So you have finished your audit and documented your findings. Standard auditing practice require that before you finalize your report, you submit same to management and invite their response. In fact, management’s response ought to have been included in your final report to the shareholders, in this case the Bahamian people. Did the Auditor General do this?

Because it is physically impossible, and even if it was possible, the manpower required and the associated cost would be too prohibitive, to check every single transaction, auditors select samples that they test.

SERIOUS QUESTIONS TO THE AUDITOR GENERAL

Well the Auditor General selected 75 of 312 which in my opinion is a fair sample size(24%).

I can ask many more questions.

The Co-Chairs put their case extremely well. For me there are a couple of quotes that are very instructive. Mr. Algernon Allen: “Despite assurances to review, amend and correct the report, he (the Auditor General) has failed to address errors. It is inconceivable that a report on Urban Renewal is finalized without interviewing the architect, the prime minister, the deputy prime minister and the sitting co-chairs. This signals a clear abdication of the auditor general’s responsibility to pursue truth and fact. The question must be asked, what is the true motive behind the audit report?” Cynthia “Mother” Pratt: “They will do anything to destroy Urban Renewal because it is touching the lives of the poor….”

This report was a hack job. Mr. Bastian is a professional accountant. I believe he earned his designation and went through the required rigors like all members of the Bahamas Institute of Chartered Accountants. I believe that when he was appointed, the Governor General appointed a person of great personal integrity, professionalism, technical expertise and courage. Why he has chosen to abdicate his professional sanctity is beyond me.
He must go!