Was Jean Paul Michelsen thinking he could defraud the Government of the Bahamas of over $650,000,000 and get away like he did with residents?

Nassau, Bahamas – For weeks now Bahamas Press has asked members of the media to investigate the man – Jean Paul Michelsen –  who handed them this Letter of Intent [LOI] which is claimed to have supposedly been signed by the Government.

The LOI has shocked the Christie Cabinet, all of whom have confirmed that no such letter has been signed or agreed by the Cabinet of the Bahamas. The Ministers, both of the Environment and of Works, are still surprised by the episode, which has become a street carnival of distraction, complete with the Tribune having countdowns and the Guardian repeating the same.

No media, however, would dig deeper into the man who allegedly sent the LOI, and what Bahamas Press is about to reveal will prove that there is really only one media house in this town.

Dockets now sitting on the desk of Magistrate Guillimina Archer in Court #10 paint a very shady picture of the man who circulated the LOI to the wutless media, and, from what we know, on this coming Wednesday October 10th at 10am, a judgment will be rendered in the criminal case against Michelsen for stealing some than Two Hundred Thousand Dollars from a local Bahamian company and another resident.

Documents shown to BP reveal how in 2003 the then 51-year-old of #1 Yorkshire Drive was arrested on Thursday 14th March, 2013 – Long before the LOI. He was charged with two counts of stealing by reason of service.  He had pleaded not guilty to the crime and was released on a twenty-five thousand dollar bail in both incidents.

We uncovered that, in documents now for the court’s consideration, on January 24th and May 1, 2012, Michelsen stole $161,790 belonging to Carlton Wilkinson [Hill York], which he had access to by reason of service.

And in another case, it was also claimed that, between April 12, 2011 and April 3, 2013, Michelsen stole $55,145 from L’Neil Corriveau, which he also had access to by reason of service. For the record, the man involved in Stellar Waste-to-Energy is a big time member of the DNA and we believe – with all data available shown to us – that the leadership of the Party knows just what was happening here.

Let’s be clear. Michelsen, a Belgian now married in the Bahamas to a Bahamian, was contracted to supply air-conditioning systems and supplies for the mentioned parties. He collected the funds but never delivered the systems.

When asked by investigators when being questioned on the crimes what was the name of his company, Michelsen confirmed that his company was indeed Bahamas Energy Solutions, but when asked were it was located he could not give a suitable address and replied that his offices were situated at “my residence”.

Michelsen is a regular guest on a morning radio show of one of the dailies and is always featured in talks in both morning newspapers. How they didn’t pick this report is not surprise to us.

He, yinner would remember, was also, during the 2012 elections, a fixture in the DNA. How it is that he, along with principals of Stellar WASTE TO ENERGY, managed to allegedly get an MP in the Government to sign a Letter of Intent leaves many questions to be answered.

But we at Bahamas Press believe the people behind Stellar Waste [Inclusive of J P Michelsen] had intended to collect BIG MONEY from the Government and People of the Bahamas. Well, at least he told one person that, when he collected this money from the Bahamas Government soon, and then, he will pay back all the people he owes.

Boy I tell ya – The hired Hookers in the wutless media were fooled by another ole BITCH! If ya don’t laugh you would cry… 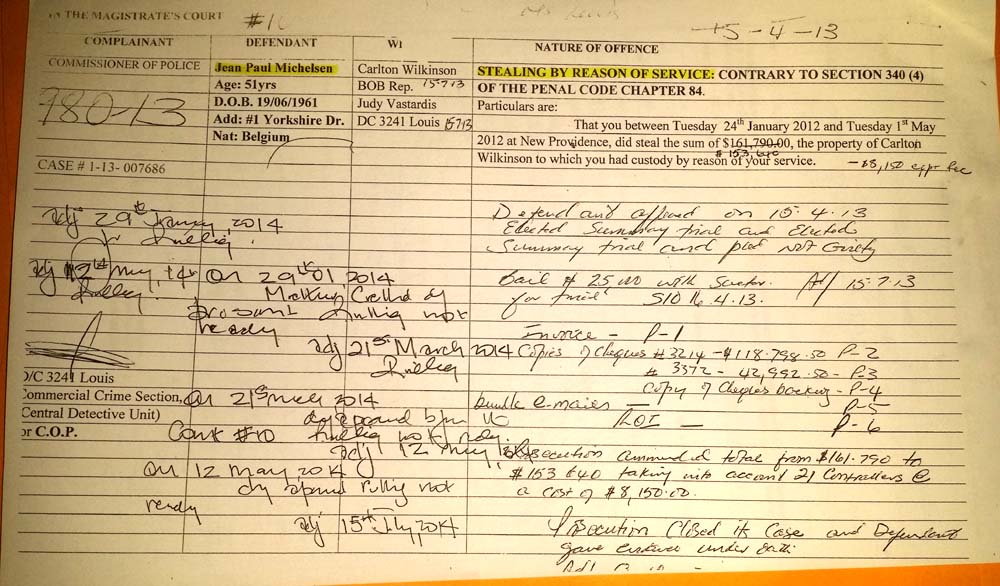 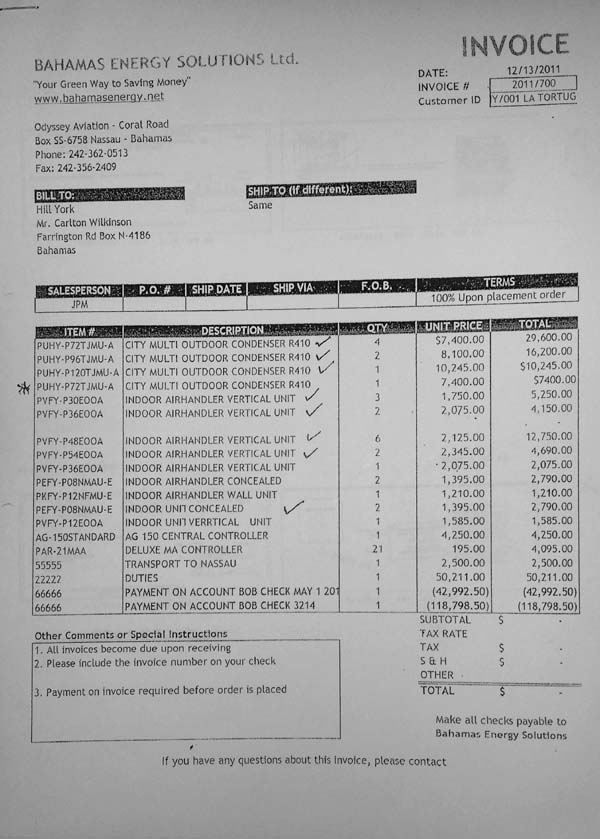 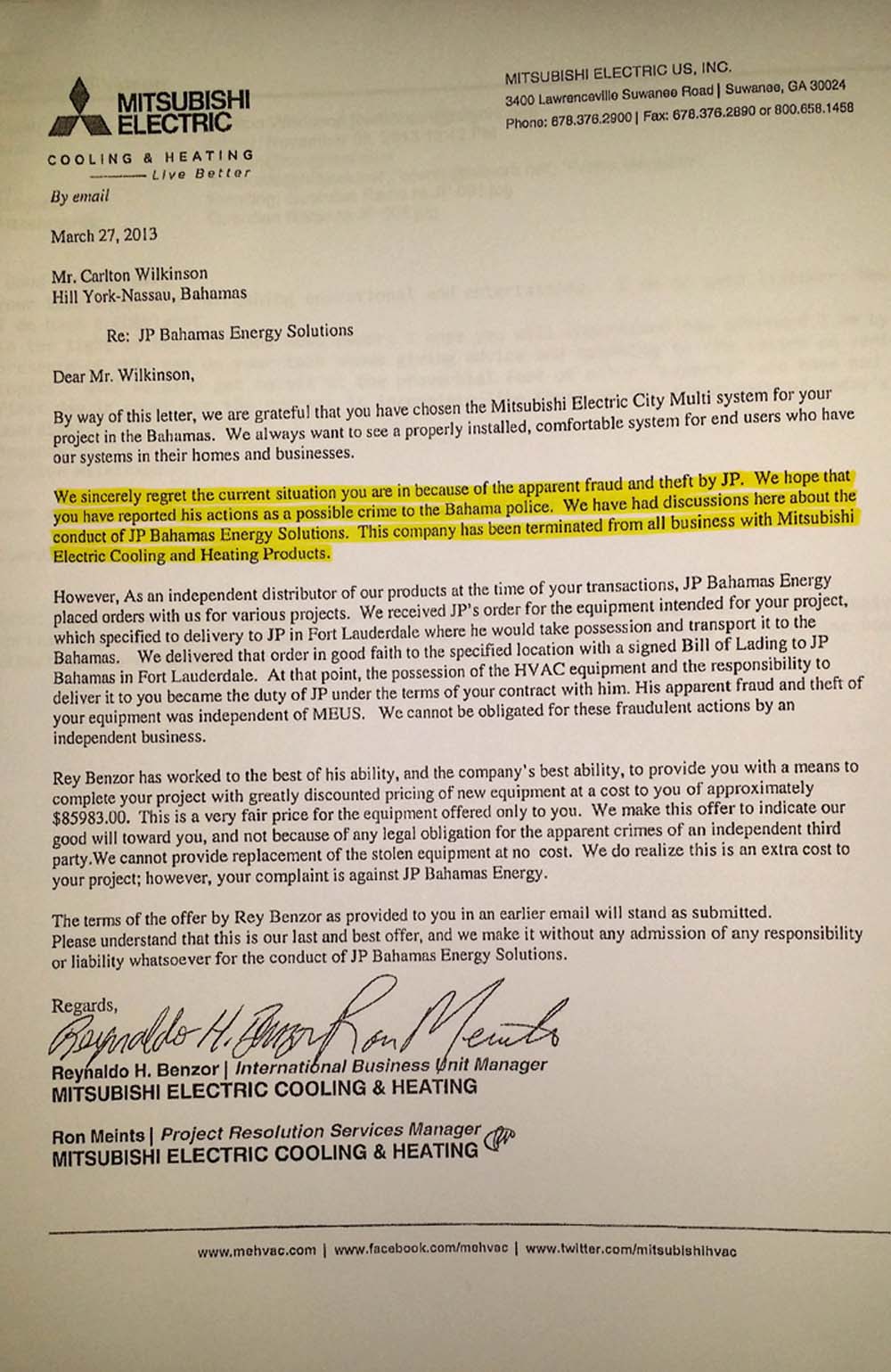