“Ain’t no stopping us now!” 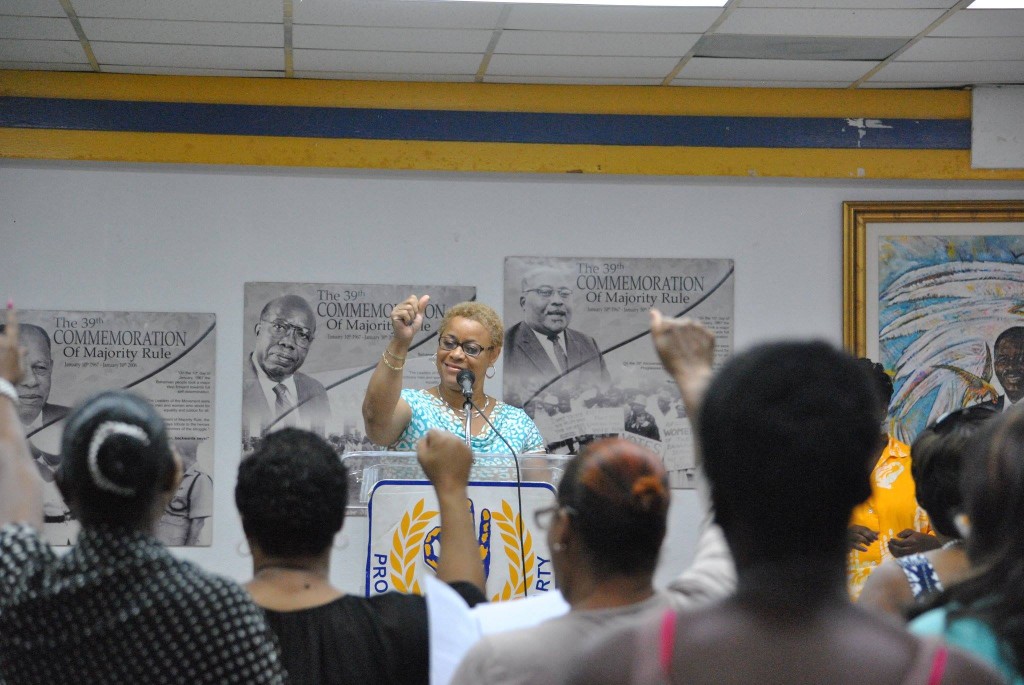 The PLP women are getting ready….

Today the New Providence Women’s Branch of the PLP gathered in huge numbers at Gambier House. Rising star in the Party, Hope Strachan, MP for Seabreeze is seen here firing up the troops.

Topic: Constitutional Amendments, which have been debated in the House of Assembly and are now in committee, and the upcoming referendum. I encouraged the women to let their voices be heard concerning the matter of equality and to ensure that their peers fully understand what the referendum is all about.

Meanwhile, PLP Chairman Bradley Roberts has confirmed to the press that Fort Charlotte MP Andre Rollins has been summons to appear at the PLP’s Next Council Meeting as advertised. ONE WORD: “CUTASS!”

The JACKASS Fort Charlotte MP called men and women in the Party of the PLP “Corrupt” on his feet in Parliament!