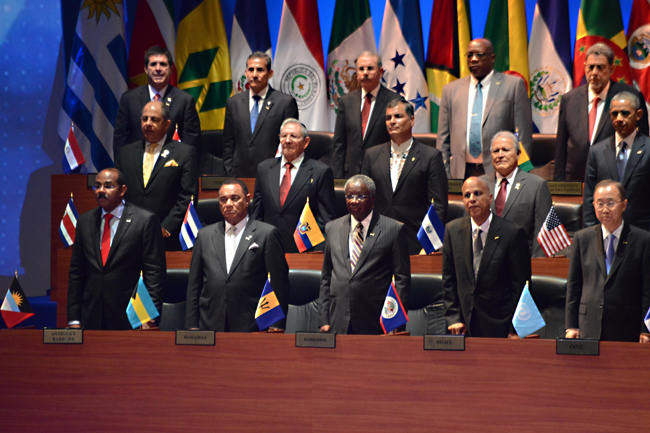 The Seventh Summit of the Americas, the first in history that included representatives of the 35 independent countries of the Hemisphere, concluded today in Panama City, Panama following addresses by the 27 Heads of State and Government, five Foreign Ministers and three Permanent Representatives to the OAS.

The first plenary session included the presentation of the host, Panamanian President Juan Carlos Varela, and the presence of the Secretary General of the Organization of American States (OAS), José Miguel Insulza, included addresses by 14 Heads of State.

The Summit concluded with a Declaration from the Presidency, which President Varela delivered at the end of the event. In it, the Panamanian President said he convened the Summit “with a universal character,” and that the result was a “historic” event, thanks to the presence, for the first time, of Cuba.

“The decision announced by the Presidents of Cuba and the United States to move forward with a new approach to the relations between their countries created a legitimate expectation that situations, both old and new, that have made for tense hemispheric relations can be resolved,” he said. “This Summit has built bridges in that direction,” he said.

In Panama it was also determined that the VIII Summit of the Americas will be held in Lima, Peru in 2018.