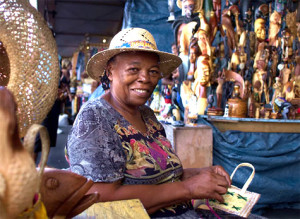 A LETTER TO THE EDITOR

It seems to me that the Ingraham’s Administration has a serious issue with the Straw Vendors. The Straw Vendors are being asked to obtain their business license and ensure that their National Insurance contribution is current in order for them to receive a stall in the newly built Straw Market on Bay Street. Since when this became a pre-requisite to relocate an established business to a new premises?

Moreover, we are wondering if this demand to pay national insurance is constitutional. I just viewed on an international televised station where the United States has implemented a health care law which is a mandatory national health plan but it was ruled by a Federal Court that it was unconstitutional for the government to force the people to be contributors. We recognized that our laws are passed and hardly challenged.

It just seems as though the drama continues against this innocent group of people who really only want to make a living, feed their families and meet their financial obligations. It is not their intention to be a burden on the Government. But if they are not defended, ultimately, our unemployment rate would increase.

It is heart wrenching to see even the seniors of the Straw Market endure all this chaos. They are the people who helped to build the industry we enjoy today called the Straw Industry, a phenomenal Tourism product. In addition, the Straw Vendors gave the Government the opportunity to build a Straw Market.

In conclusion, we are calling on the Government to review this matter and consider the people that are involved. Justice and fair play are crying IN the streets!!!

We are asking this Administration to give the Straw Vendors a peaceful, transparent and fair transition (relocation) that other businesses enjoy if they have the need to relocate.