A TIME TO BE REWARDED!


Nassau, Bahamas – Will Prime Minister Hon. Hubert Minnis now appoint convicted bullets man John Bostwick to the Senate is the question being asked around the country this morning.

Minnis, you would remember, promised when elected he would quash Bostwick’s bullets conviction and move quickly to deliver him a clean record. We wonder if he will do the same for the scores of young men in the innerCity communities?

Meanwhile the man journalists described as a “crybaby”, Ranard Eric Henfield, could make the Senate cut in the Minnis Upper House team. Henfield, who we are not sure even lives in the Bahamas, helped Minnis in the protest campaign of WeMarch which led demonstrations onto Bay Street for the FNM.

Also headed to the FNM Senate is K. Forbes Smith. She will lead the Senate as President.

We are still unclear who the rest of the Senate picks are, however, the FNM Leader is Late Again on this as the Parliament is set to open on Wednesday and names are still bouncing around. 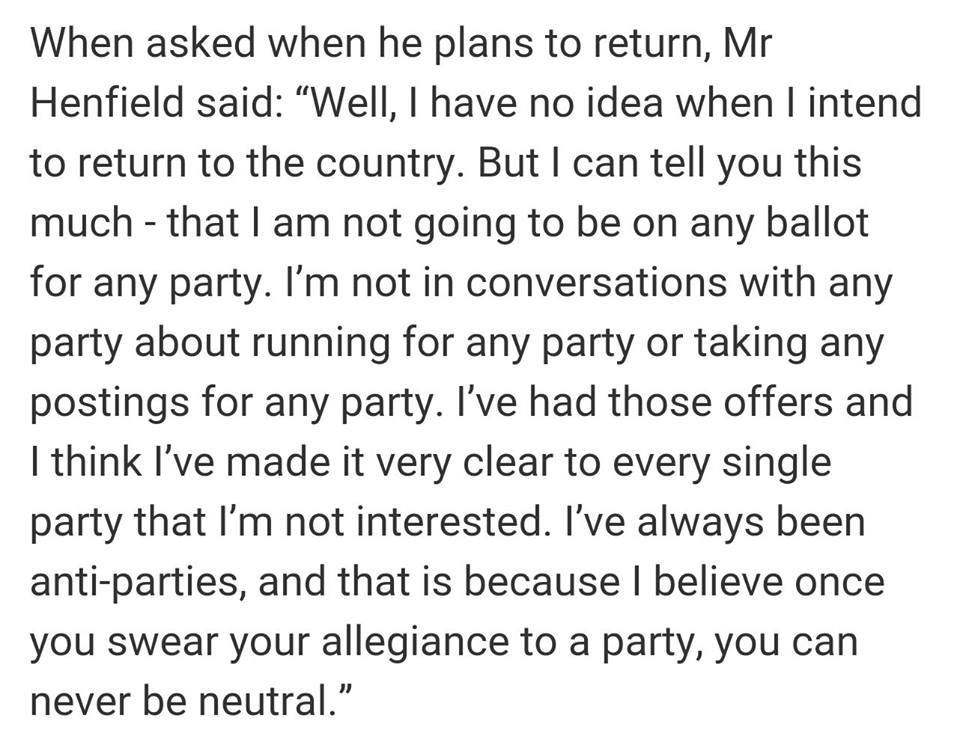